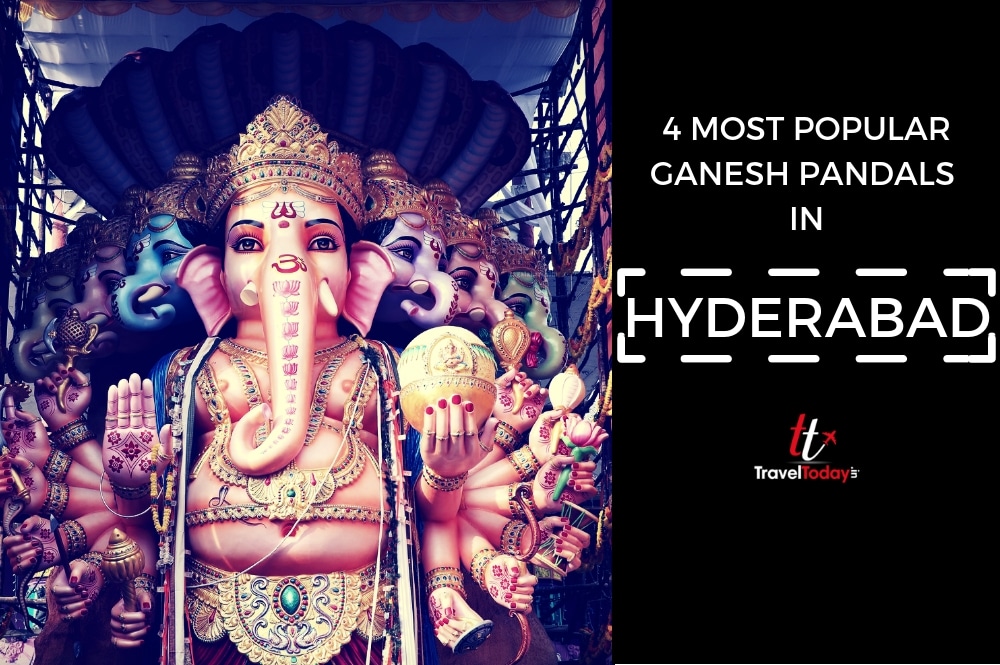 Ganesha, also known by the name of Vinayaka, is worshipped as the god of wealth, wisdom and happiness. It is believed that he has the power to grant success, intelligence and endeavor.

The Indians celebrate the birth of their god by installing his idol in homes, offices and on public podiums where people pray in groups and praise their Lord. The idols are carefully crafted by expert craftsmen and then delivered with extreme care to different pandals set up throughout the country.

The locals organize parades and festivals that include singing, dancing and Prasad distribution. Once the puja is completed, the idols are immersed in water and the celebrations are concluded.

Every year more and more pandals are being set up throughout the country. Many of these pandals are now being made eco-friendly, from the material used for the construction of the idol to the water body used for immersion, the organizers are considering going completely environment-friendly.

Let’s have a look at the 4 most popular pandals in Hyderabad in 2018.

The committee for Khairatabad Ganesh Utsav Samithi Pandal was started in 1954 by the Late Mr. S. Sankarayya (a freedom fighter). And today it is one of the world’s most famous Ganesh pandals and is known for the height of its idol.

Now let’s talk about this year’s pandal, which started on the 13th of September and went on till the 23rd of the same month.

Each year the pandal follows a theme and this year it is “Sri Saptamukha Vinayakudu” (basic theme name of the ganpathi vinayaka. The Basic form of the idol will have the seven headed snake in the background, 14 hands each of which will hold 14 ayudhams (weapons). The height of the idol is 57 feet and 24 feet wide and it weighs more than 45 tonnes.

It is now believed that from next year onwards, the height of the idol will be reduced by a foot each year in order to meet a few design requirements. The details of which have been discussed in this video.

The construction of the idol begins three months before the main event and around 200 workers work relentlessly to get the job done. According to the chairman of the committee, this year’s entire pandal cost went up to about INR 1 crore. This cost includes Material cost, the payment for the artisans, CCTV cameras, security, ambulance, water facility, and fire control.

Another important feature each year is the laddu (commonly known as Maha Prasadam) in the hand of Ganesha. This year a laddu weighing 580 kilograms was prepared by Suruchi Foods based in Tapeswaram. It included 220 kg sugar, 175kg Bengal gram, 145 kg cow ghee, 3 kg cardamom, 13 kg almonds, 25 kg cashew nuts and 1 kg green camphor.

This is also one of the most popular Ganesh Pandals in the world and was established in 1980. It is quite famous for its laddu auction, which has been an integral part of the event since 1994. Balapur Pandal has the honor of being the first pandal in the world to start a laddu auction. The first laddu to be auctioned off for INR 450 and in a matter of a decade, the price went up to INR 10.32 Lakh. In 2017 the laddu auction fetched INR 15.60 lakh.

This year (2018) the attendees saw a record-breaking number as the laddu was bought for INR 16.60 lakh by Balapur Mandal Arya Vaisya Sangham in an open bidding on Sep 23rd Sunday. T Srinivas Gupta participated in the auction on behalf of Arya Vysya Sangham.

Coming to the idol of Lord Ganesha, Laxmi Narayan has been constructing the idol since 1992 and this year an exciting new feature has been added and it has been making headlines. The idol placed at the pandal blinks its eyes, which is likely to create an even stronger connection between the idol and the devotees.

The celebrations at this pandals began on the 13th of September this year and will continue till the 23rd of the same month. The idol that adorns this pandal is about 25 feet tall and represents the form of Ganesha called Simhasanarudha Ganapati, which is known as the boon-giver. The idol has been made to sit on Simhasanam from where he is blessing the devotees that kneel before him.

The construction of the Chaitanyapuri idol has been the responsibility of Kalamangar Manikanta Bhaktha Samajam since 1986.

This pandal is known for its eco-friendly Ganesha idol and this year it has been made using a new building material. Traditionally the idol was created using clay, hay and grass; however, this year it has been made from 200 kg of Sandalwood, which is held together using about 27 meters of rope and cloth. The new building material was used mainly due to the flood disaster in Kerala and to bring “Gandham” to the devotees.

The height of the idol has also been reduced from 65 feet to 22 feet and it is has been made to sit on an elephant. The artisans were given eco-friendly paint made by Telangana Agricultural University.

These are four of the most popular pandals of Hyderabad; if you have been to any of these or any other pandals please share your incredible experience with us. 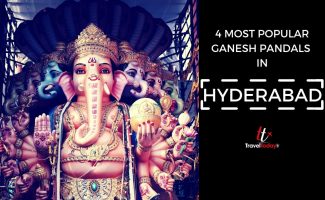 4 Most Popular Ganesh Pandals in Hyderabad 2018 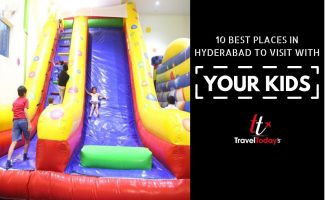 10 Best Places in Hyderabad to Visit with Your Kids 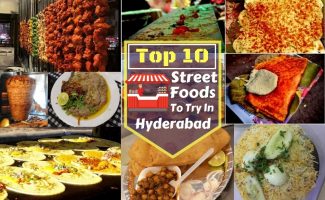 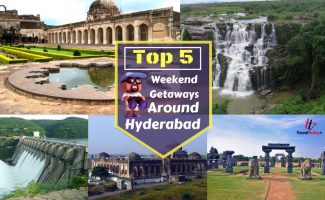 5 Best Places Around Hyderabad for Weekend Trip Within 300 Kms